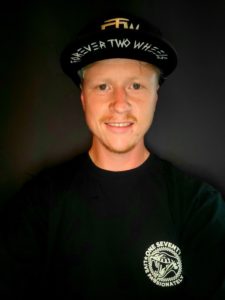 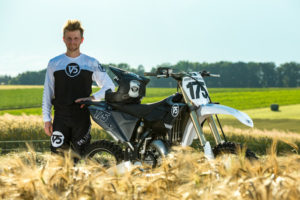 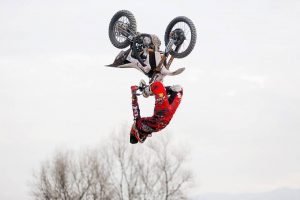 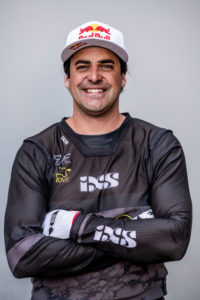 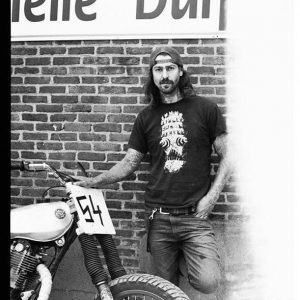 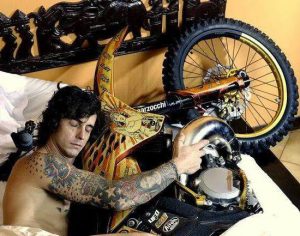 I was born and raised in a small village perched on the Ligurian Apeninnes between Genoa and Savona, a place that is both close to everything and lost in the middle of nowhere. Here, ice cold winters are followed by ideal springs, sultry summers and New England autumns.

The surrounding woods are huge and majestic, with meadows rubbing elbows with pine, larch and chestnut forests as well as thousands of plants and animals.

Since I was a kid, I have always loved spending whole days on my own in the country, so much so that once, when I was eight, the police found me riding around in the woods at 9 p.m. You can imagine how scared my family was but all was well that ended well.

I did my first death jump holding a fishing rod in my hand.

I was nine and I was going fishing with the ash rod I had made for myself. I walked across a wood, then a meadow, then another wood and finally ran across a small road when I felt a huge shove against my hip. I was sent flying up in the air over the roof of a car and fell on the ground with a thump.

I had just been hit.

Nothing was broken, just a few good scratches and a head trauma. When I was taken to hospital, I insisted on keeping my rod and bucket, I would not give them up.

During one of those trips across woods and torrents, I got to know my first friend. “Scheggia” (Splinter) was a massive wild pig, about two hundred pounds. The first time we met, in a wooded gorge, I was a little scared but when I realized that he was as scared as I was, I understood that we humans are not that different from animals, except for our superior consciousness.

Within a month, during which I went to feed him every single day, we became friends.

In the end, all I needed to do was to step out of the house and call him. He would come running through the woods into the courtyard like a dog.

I would jump out of my chestnut bed I had made in a sort of pine-dwelling style, wash and go out and there was my mum who had fixed some breakfast for the three of us.

Looking back, the picture seems pretty surrealistic to me, me and my mum sitting on the front porch sipping white coffee while Splinter feasted on bread and corn in the yard.

Every morning, our two dogs watched the scene as if they had seen it for the first time, with a strange, annoyed expression

Brice is another top talent from France and the younger brother of Romain Izzo, who is also an FMX rider. His friends call him Brissou, which seems to be a mixture of his first and last names.After having ridden dirtbikes on motocross tracks for many years, the Yamaha rider made the switch from MX to FMX in 2006. During his freestyle motocross debut at the Night of the Jumps tour stop in Metz, France he impressed everyone by grabbing two podium places on the second day of competition with huge backflip combos, including Nac Nac Flips, Cordova Flips, and even Indy Flips. Since then, Brice has been a regular competitor on the IFMXF Tour where he has claimed several podium finishes. His massive Shaolin Flip was good enough to earn him the bronze medal at the Brazilian X-Games in 2008. No need to be curious about where his agility comes from, his skydiving hobby definitely helps him with flip tricks. 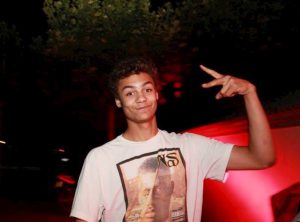